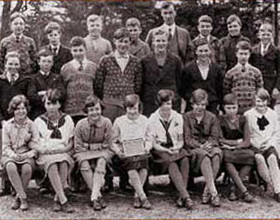 As the main building might suggest Willows School has an extended history. In fact public instruction of classes has taken place at this site since the 1909-10 school year. At that time, a house had been purchased for use as an early schoolhouse and soon additional classrooms were added to this structure. By 1913 the population had grown considerably and a three room school was erected adjacent to the original building. This structure remained in service until it was demolished in 1956.

The Willows area continued its surge in growth and it was clear that a much larger school needed to be constructed. The large-storey brick building which serves as the main structure of our current complex opened for classes in September 1920. At that time 250 students received their tutelage under the direction of Mr. W.E. Hoadley (Principal).

By the mid 1950’s a major addition needed to be built in order to house the burgeoning population. Ten more rooms, and a new office and staff room were added. By 1957 Willows School enrolled 820 students. Still, this was not to be the heights of its growth. In 1964 the main building received an extension to its gymnasium and four new classrooms were added. In 1969 a library, office area, staff-room and six more classrooms were built. By that time the school population was in excess of 900 students. (It is hard to believe they all fit in.)

Did You Know?
Willows had a school population in excess of 900 students in the late ’60s?
How did they all fit in? 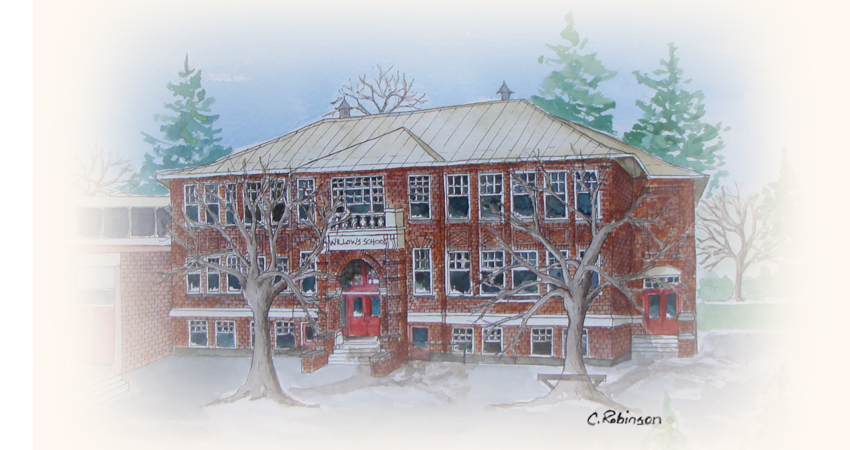